However, it’s sad that marketers lack the knowledge of the process and are reluctant to shed previous ways of purchasing ads over the complex yet extremely effective automated bidding that is used in programmatic marketing.

An introduction to the concept of programmatic advertising would come handy for digital marketers. So, we have come up with this post which talks about what is Programmatic Advertising & its effectiveness. The post also covers benefits and potential opportunities with Programmatic. We have even shared different terminology and definitions associated with Programmatic Marketing.

Programmatic Advertising is already here with good effect. It offers better performance in your online advertising campaigns. It allows marketers to effectively funnel messaging across desired channels reaching the most desirable markets and demographics. Programmatic creates an environment that allows marketers to reach their most desired audiences.

So, let’s get started and see the ins-and-out of Programmatic Advertising.

What is Programmatic Advertising?

The term is very popular within the digital advertising industry and is often related to real-time bidding (RTB), remnant inventory as well as open auctions. All in all, it’s a lucrative ad optimization strategy that can benefit your business a lot.

Talking of the traditional method of the ad buying process, it includes requests for proposals, quotes, tenders, and human negotiation. You need to use manually prepared insertion orders or ad tags which are menial but labor-intensive.

However, in programmatic buying, there is the use of machines and algorithms for purchasing display space. So, you get more time for the optimization and improvement of ads. It means that you can better plan, better optimize, and better target your advertising.

In Programmatic advertising, there is an algorithmic purchase and sale of advertising space in real-time. It involves the use of software for automating the buying, placement, and optimization of media inventory through a bidding system.

So, Programmatic media buying can be done in real-time and doesn’t depend upon human touch, manual insertions or trading. Programmatic delivers far more precision and personalization of messaging and media that result in efficient targeting of campaigns.

How Programmatic got started?

Before we get down and look into the technical details, it’s good to know how programmatic started.

We need to rewind to the early stages of the Internet. In those days, buying an ad space (online) was a much simpler process as compared to nowadays. It involved a relationship between publishers and advertisers. The advertiser was known as the buyer and the publisher as the seller.

The advertiser wanted to reach their target market (audience) to influence them to take some action. This action was in the form of a purchase, building brand awareness, as well as promoting an event.

On the other hand, the publisher wanted to build a web property containing useful content that can attract an audience that the advertiser can reach with their marketing campaigns.

However, within a short period, the Internet started to grow at a rapid pace that resulted in a massive oversupply. The result was a lot of ad inventory that left unsold and was not monetized. Moreover, publishers grew at a much rapid rate than advertisers, and it got tough for advertisers in consuming the supply available to them.

This marked the emergence of a new group within the advertising ecosystem that came to be known as Ad Networks. They categorized publishers unsold ad inventory and made it easy for media planners to consume and access it within their media campaigns.

This new development made the selling process more complicated for publishers. They had to find ways to who was having access to their inventory concerning resale to agencies as well as advertisers. This scenario paved the way for the emergence of SSP or Supply Side Platform.

DSPs and SSPs improved their technology and allowed buyers and sellers to perform programmatic with RTB or real-time bidding. These data-driven techniques paved the way for programmatic in buying and selling digital media. It created the term programmatic for categorizing the industry.

What’s the difference in Programmatic?

Programmatic Marketing/Advertising drives efficiencies in spend and resource. It makes the buying, placement, as well as the optimization process more efficient as it is accomplished by computers and algorithms. It removes the mundane areas when you deal with tagging requests, insertion orders, and cuts downtime to market.

Here, we list down the working of Programmatic in real life so that you can understand it better.

When a webpage is about to be loaded that has got the space for an advert on it, the information that has been loaded about the user/visitor and the context of the site is sent to an ad exchange, and the ad is placed on that page.

Now, this space gets auctioned off to the highest bidder. Their ad gets placed in the space. All this gets completed in milliseconds, and there is no detriment to page load times or user experience.

RTB is an integral component of the programmatic industry. Originally, advertisers used to buy impressions in bulk. However, it was difficult to differentiate one type of audience from another. For instance, when the advertiser promoted a travel product that was aimed at the senior market over 50 (within the impression range), the audiences within the 20-30-year-old range that were not interested in traveling would also see the same ad. So, it turned out to be not an efficient way of spending your advertising budget.

Now, Real-time bidding created an auction environment where advertisers can show specific ads to a particular group of audiences by taking into consideration data points about that audience.

It meant that Programmatic RTB allowed an advertiser to display his travel ad to senior audiences aged above 50 (as per the above example) that are interested in traveling instead of showing impressions to non-targeted or uninterested audience.

In other words, Programmatic RTB makes use of data, machine-learning technology, as well as a set of tools to deliver the ads to the right set of audiences.

On the other hand, programmatic native advertising too has grown in reach as more publishers enable native ads on their websites. Presently, this format is being used by many big and small advertisers and publishers in the world.

Programmatic advertising offers a series of opportunities that would not have been possible if the ad placement was being accomplished manually. Moreover, advertisers could procure digital media without pre-negotiating a price. So, need to pay only for the relevant impression that they actually get.

Programmatic technology can easily identify what resonated with each individual and go on to target them at the sites where they are most likely to engage.

So, programmatic ads present an enormous amount of advantages for both buyers and sellers. It ushers in data-driven decisions and removes the guesswork with advertisers. Here, we have listed out some of the main benefits with Programmatic advertising:

When someone clicks on a webpage (with advertising space) that has been configured for programmatic advertising, the publisher of the page throws up an ad impression for auction in the ad marketplace.

Now, the ad marketplace throws an auction among advertisers that are interested in displaying an ad specific to that customer who clicked on that page. There are many advertisers that compete in this auction. Whichever one bids the most wins the auction, and their ad gets displayed when the page loads.

This process is automated. The maximum price that the advertisers are willing to bid for the impression is already programmed. The auction gets completed within milliseconds that it takes the page to load. Below, we have listed the steps of how programmatic marketing works:

What are the trends for the Programmatic industry?

How effective is the Programmatic advertising?

Programmatic is turning out to be the “holy grail” of effective marketing. It is the future of digital media. Obviously, as with any new technology, there are challenges associated with it that need to be addressed.

Nowadays, Programmatic has become much advanced. It is connecting consumers with brands across different sites, devices, and content types. Its biggest highlight is the fact that it provides unprecedented access and insight into consumer data as well as behavior. This is not possible with traditional media.

The insights offered by programmatic allows brands to accurately target their desired audiences. They can monitor campaign success against the overall set performance metrics. It allows them to optimize their advertising so that they can reinvest the ad spend in the most effective areas.

Programmatic has crossed $33 billion this year. The only issued surrounding programmatic is the loss of creativity in advertising. However, this issue pertains to the whole of digital media, and it’s not exclusive to programmatic. Programmatic has grown exponentially over the recent years. It’s only the creative development that needs to be addressed.

Programmatic has allowed marketers to target the audience at scale. Delivering ads programmatically is now being regarded as the most efficient way to interact with an audience. So, the effectiveness of programmatic is not disputed. Moreover, programmatic is continually developing to adapt to the changing needs of consumers and the environment.

Programmatic is all set to be the future of media.

With this, we have reached the end of this post on Programmatic Advertising.

In this article, we have listed some of the Best Ad Servers for Publishers, which help webmasters manage their ad space easily. So, it will help you to decide which one is most suitable for you. There’s one thing about website monetization that you can’t simply ignore at any cost. And that is, managing your …

How to use the SOCIAL BAR ADs to increase CPM and Grow your Revenue!

After every Google update, site owners often lose revenues. It happens due to search algorithms that comb out ads and third-party scripts. And block them. This concerns web push traffic, native ads, and pop-ups.

9 Best Interstitial Ads Networks and How to Use Them

Today, you will get to know the essentials about Interstitial Ads. We have also listed the 9 Best Interstitial Ads Networks, thereby making it easier for you to choose the right network for your application.

Monetizing your website is an ingenious solution to earn revenues. With this aim in mind, a publisher has two main goals: 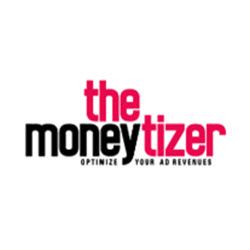 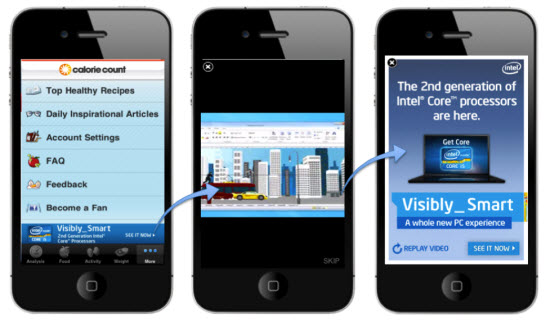 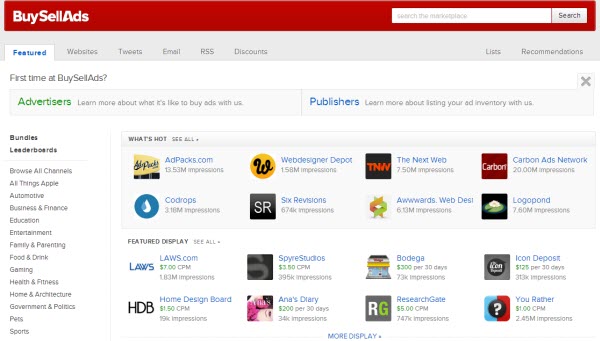